A New Look for Cassina’s Showroom in Midtown New York 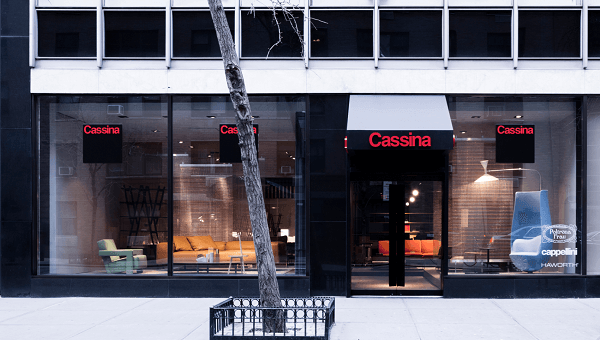 Cassina is a top Italian furniture company specializing in high-end designer pieces. The company has a long history and was founded in 1927 in Northern Italy by brothers Cesare and Umberto Cassina. Over the years the company has worked on commissions for top end hotels, cruise ships and restaurants. It has earned production rights for objects by Bauhaus Archiv and the Frank Lloyd Wright Foundation. In 2005 the company became part of Poltrona Frau Group which was acquired by the American furniture brand Haworth in 2014.

Architect and designer, Patricia Urquiola is known for her designs which are unconventional, innovative and blend humanist sensibilities with technical expertise. The Spanish-born designer studied architecture in Milan and perfected her craftsmanship in Italy where she began her now global enterprise with the opening of her first studio in Milan in 2001. Urquiola has collaborated with the likes of BMW, Missoni, Louis Vuitton, Alessi, Floss and many more. Some of her work can be viewed in museums, including her Fjord armchair which is now part of MOMA New York’s permanent collection. 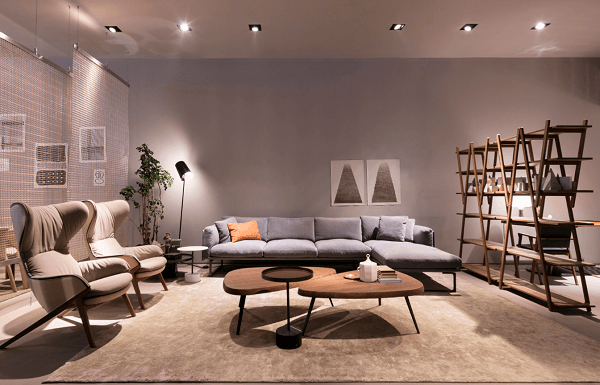 Of her nomination as Art Director of Cassina Urquiola stated, “It’s a great honor and a great responsibility to become part of a heritage, a history, an identity so important for international design. My intention is to take into consideration the company’s past, its cultural background, not as a passive container, but as a systematic part of the mind, the integration of processes and the creation of an empathetic relationship.”

Cassina’s new Midtown showroom in fact reflects its long history and its modern architectural masters. Attention to detail and innovation permeate every inch of the showroom using innovative pieces such as Franco Albini’s 1939 bookshelf, Valiero, with its V-shaped design. Grey oak corrugated paneling with metallic details decorate the walls and mesh screens suspended from the ceiling work to separate sections within the store. 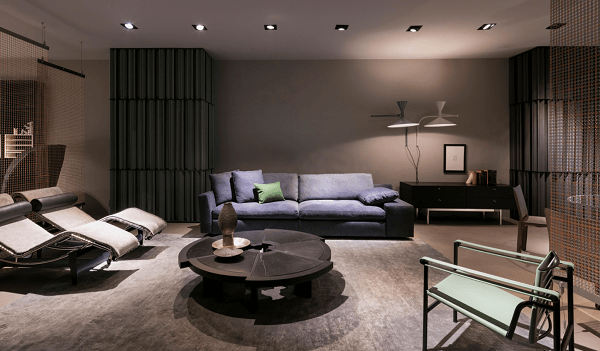 The showroom’s design also gives a nod to Swiss-French architect Le Corbusier with a reconstruction of his asymmetrical windows from the chapel in France.

Urquiola designed the downstairs area of the showroom to give the feeling of a private apartment with areas for the living room, dining room, bedroom and office. The apartment which can be accessed by a copper staircase houses a mix of pieces by Haworth brands such as Cassina, Poltrona Frau and Cappellini.

Another showroom is in Soho.

A New Look for Cassina’s Showroom in Midtown New York

Mercato Metropolitano will open in London