And the winner is … Osteria Francescana located in Modena, Italy. The announcement was made at this year’s 15th annual World’s 50 Best Restaurants classifications, an award which is the equivalent of an Oscar in the world of food. This year’s honor is double-fold since Osteria Francescana is the first Italian restaurant to receive this accolade.

“I’d like to thank all of those who work with me. It wasn’t easy. Our job is to create, above all, a work of art,” declared the chef and owner Massimo Bottura during the ceremony held in New York. In 2015 Osteria Francescana came in second to the Spanish restaurant El cellar de Can Roca after placing third in both 2013 and 2014. 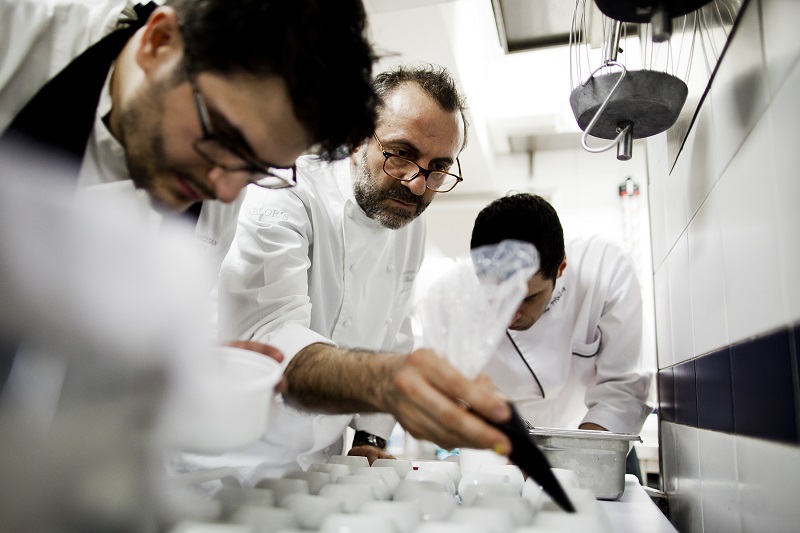 The Top Ten Restaurant Winners from Around the World

Overall, the highest number of this year’s top fifty restaurants are located in Mexico City and in New York City, both of which bested countries such as France, Spain and Italy. Peru and Chile dominated for the number of best restaurants in South America. Asia also fared well with winning eateries in Japan, Thailand, Hong Kong and Singapore. Denmark shined in Europe with several restaurants ranked in the top fifty.

Italian Restaurants in the Ranking

For Italian chef Massimo Bottura his next stop will be in Italy at Palazzo Lana Berlucchi in the winery where Italy’s sparkling Franciacorta wine was first produced. At the event, which will be held on on July 1st, Bottura will delight guests with the exclusive and sophisticated flavors he is so well known for creating.

The Preview of Chianti Lovers and Rosso Morellino