Founded in 1932 in Milan, FontanaArte is preparing to celebrate almost a century of history, a milestone that the company wants to share with the city of Milan and with the visitors of the Milan Design Week to be held in the Milanese capital from 6th to 12th June.

A journey between past and present narrated through the historical archive that will see the light of day, together with a series of other initiatives, precisely at the moment of greatest attention and participation of the design world.

The history of FontanaArte and its natural relationship with glass and light coincides with the birth and spread of Italian design, thanks to the presence of Gio Ponti and his instinctive promotion of a new cultural unity in the age of industrialisation. 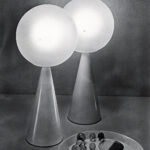 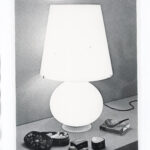 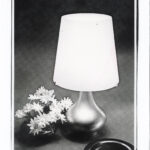 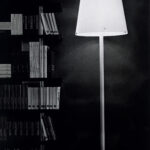 Even today, in the 21st century, the Art that Ponti himself wanted to add to the company’s name remains the key to an identity capable of existing beyond any single mass-produced product. The timeless spirit, balanced between art and industry, is the same that inspires FontanaArte’s contemporary production, suspended between clarity and durability.

The history of FontanaArte intersects with that of figures immense in their genius and creativity, such as Gio Ponti, but also Pietro Chiesa, Max Ingrand and Gae Aulenti who, in their role as artistic directors, have guided the company and contributed to the birth of iconic projects recognised throughout the world.

“FontanaArte’s furniture and lamps have contributed to creating an extraordinary domestic scenario. By bringing art into the home and entrusting glass with the ability to personify light, transparency and reflection, our lamps influence everything around them. In searching for FontanaArte’s identity, we realised that the products, “icons”, and the authors, “designers”, were only part of its profile. Naming FontanaArte in the world means gathering impressions, memories, feelings from a very wide audience: the people who loved it and who let FontanaArte’s objects inhabit their lives“, says Francesco Librizzi, Artistic Director of FontanaArte. 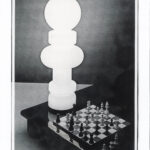 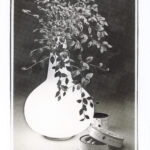 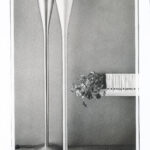 “I am delighted to experience this moment of celebration for FontanaArte, a brand that has made the history of Italian design and that today is considered a benchmark for high-end lighting. Celebrating 90 years means retracing the past to reaffirm those values that project us into the future. That’s why we have committed ourselves to a process of recovery and study of the FontanaArte archives: a heritage of enormous value that can once again recount, with unpublished details, the strength of the combination of art and industry, which has become an essential element in all our proposals,” explains Marco Pozzo, CEO of FontanaArte.

To affirm and underline this important anniversary, FontanaArte decided to create a dedicated logo that will be present throughout the current year on printed and digital communication materials in all its forms and formats.