Paolo Pininfarina’s design for the kitchen prototype Aria can be described as nothing less than cutting edge, with an eye toward pure innovation and a look that is truly riveting. Aria is the original expression of collaboration between Friuli-based Snaidero and the Design House Pininfarina. The working partnership between these two industry leaders was further evidenced at the worldwide preview of Pininfarina Home Design in Milan. Here, at the Reflex showroom the partnership designed an entire area dedicated to kitchens within the home living space of Living and Casalgrande Padana for ceramics. 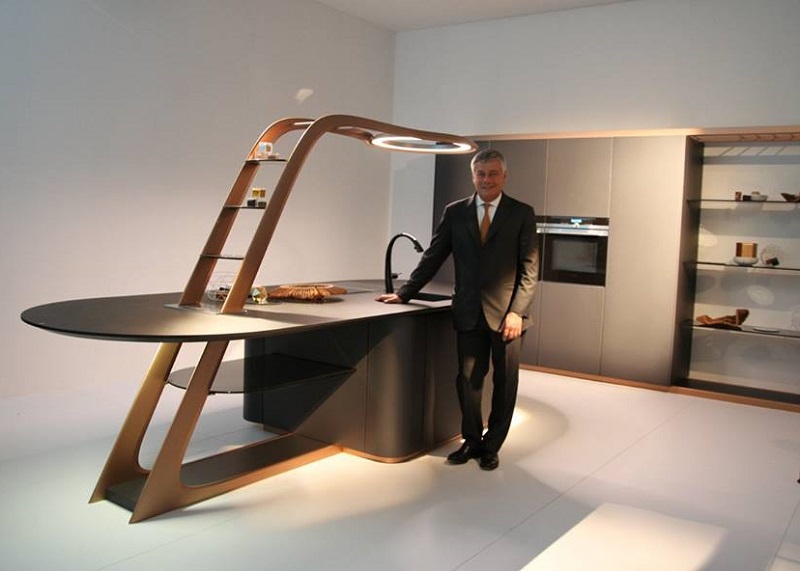 Aria firmly placed itself at the top of the newest kitchen concepts presented at Eurocucina 2016 with a style able to both confirm and cross-over the traditional stylistic designs of Pininfarina, offering state-of-the-art technology and innovation, all rooted in the company’s grand history within the nautical and automotive industries. The inspiration for this new kitchen is a study in observing the natural world around us with its central workspace resembling the profile of a wing, outstretched and striking lines that are fast and dynamic, aimed towards the future. 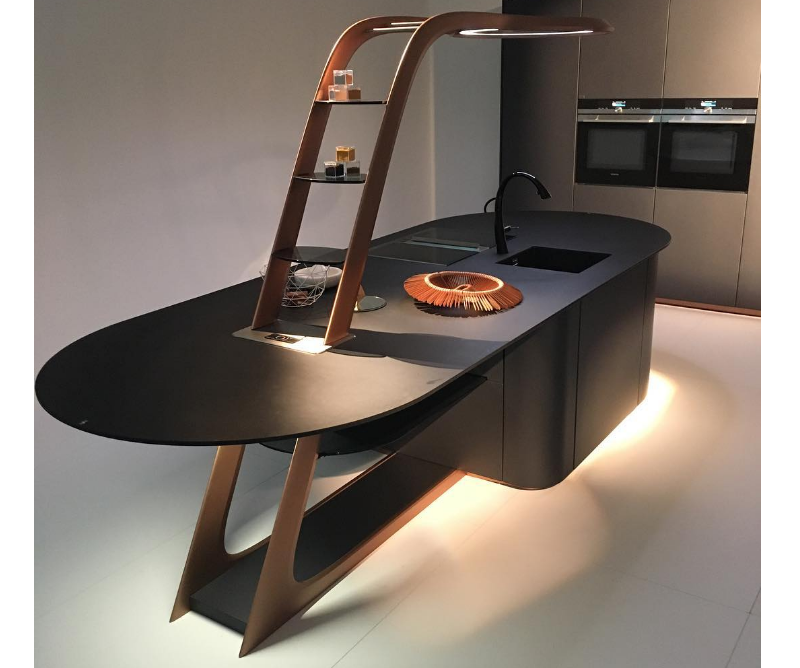 The main body of the kitchen itself pushes upwards from its base to reach the counter tops and shelves. Continuing upwards again one fluid line stretches up to the highest point of the kitchen and its unique central light source, an eye of light so to speak, which illuminates and warms the entire area like a miniature sun. This ring of light is made with polycarbonate using an innovative method with rapid prototyping based on 3d printing technology.

Pininfarina’s creation is striking and unmistakably elegant. Its structure made with carbon fiber guarantees high performance levels while reinforcing a modern, lightweight sophistication throughout the kitchen. Its unique varnish is a mix of copper which works to further embellish its esthetic impact. 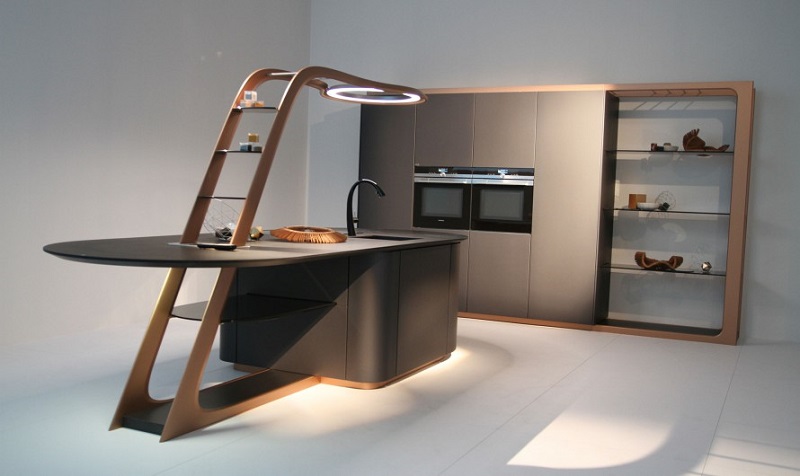 Aria’s cabinets are inspired by technology utilized on marine craft. Each piece is treated with a special Polysil coating made with nano-molecules capable of conferring a sense of smooth, velvety cold to the touch while guaranteeing top performance levels. These cabinets are resistant to all types of menaces such as scratches, grime and fingerprints. The use of the Polysil coating in a kitchen is the first of its kind.

Technical and stylistic perfection are equally present in the working areas of the kitchen as well. Aria’s counter tops are made with Invisible Line, a special quartz worked with this unique patented technique which add the final touches to a kitchen of the highest quality, style and design.

The Well-Designed Kitchen Right at Home

L’Ottocento: Wood is the New Black