All Aboard for a Tour of Etna’s Best Wines

Beginning in the end of April, tourists to the slopes of Etna will be able to explore and enjoy the vibrant flavors of wines produced from the rich, dark soil of Sicily’s famous volcano aboard a tiny train that will bring visitors from the seaside to some of the most important wineries of the volcano’s terroir – an excursion of flavors and exclusive panoramas.

The high, blackened slopes of Etna offer some of the most breathtaking sights in all of Europe in a place where the hot, imposing landscape of the continent’s largest volcano meets with the spectacular blues of the Ionian Sea – a land that evokes the wild, natural allure of Sicily. Here, amidst this enchanting terrain, warmed by the heat of the Mediterranean sun and nourished by the terroir of Etna grow three native vine varieties: nerello mascalese (red), nerello cappuccio (red) and carricante (white). These three varieties have been thriving for centuries on the alkaline, lava rich soils of Etna and have enriched the history, food and wines of Sicily – the Island of Fire. 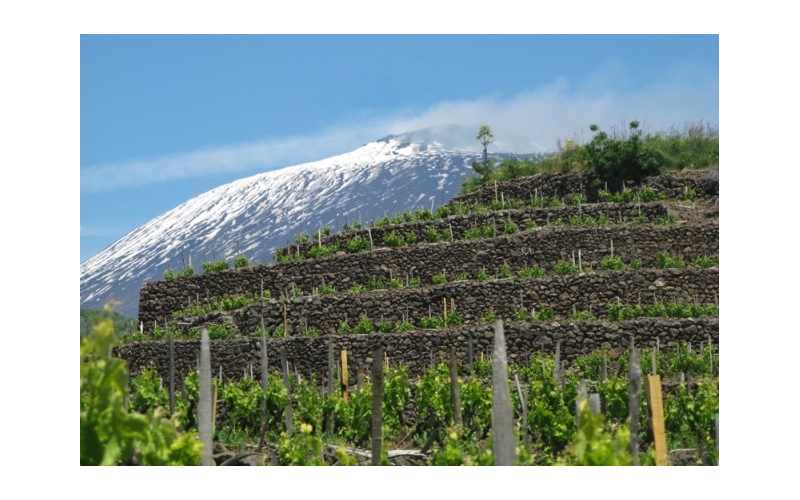 Starting on April 30th and continuing until December 1st visitors looking to explore and get to know the lands, food and wines of Etna will have the opportunity to do so while following an itinerary along the northern slopes of the volcano from the shores of the Ionian to the pristine beauty of the Parco dell’Etna, to the cold clear waters of the Alcantara in the Parco Fluviale dell’Alcantara, making their way through the mountainous Monti Nebrodi of the Sicilian Apennines. 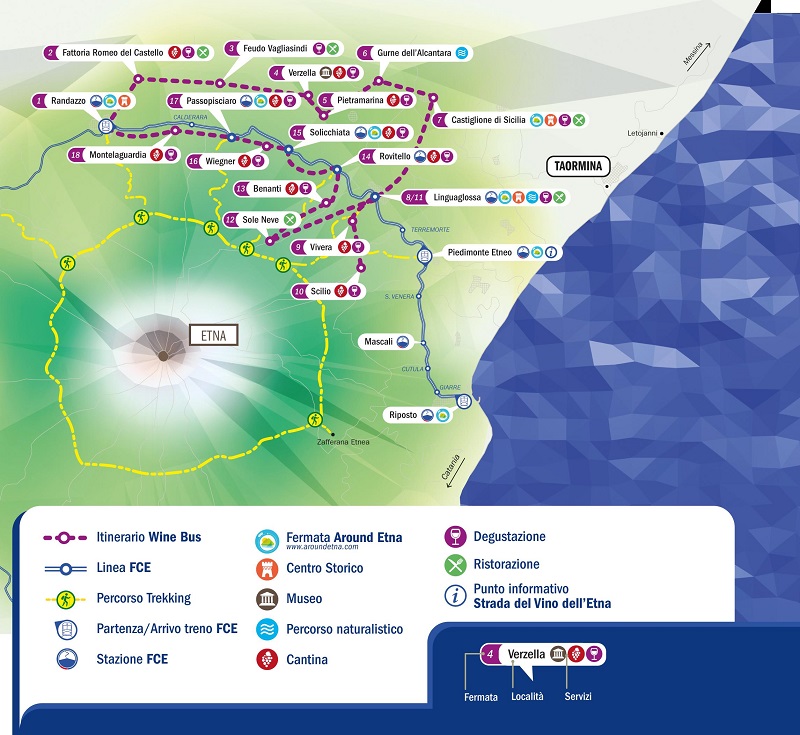 The route begins in the seashore town of Riposto aboard a small train which winds its way up to Randazzo on the northern face of Etna where tourists will have a chance to see the town’s unique medieval center before continuing the journey on a Wine Bus through many of the most notable wineries located in the area. The Wine Bus travels to eighteen different stops and riders are free to visit the various wineries, enjoy wine tastings and nibble on local foods. 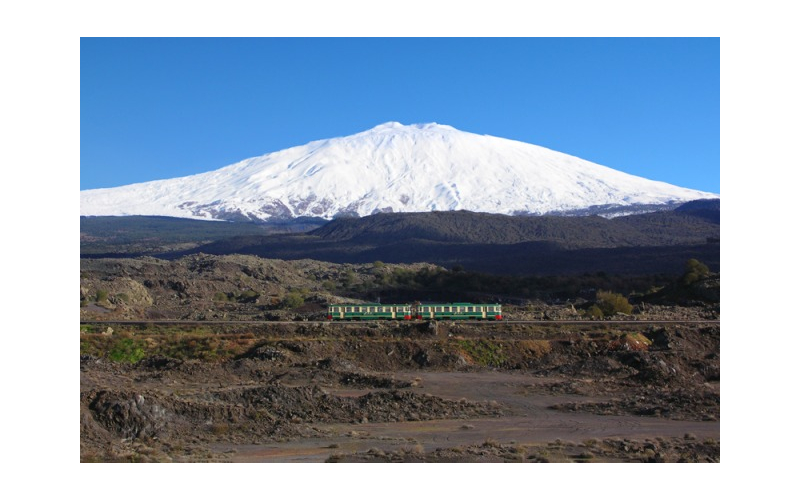 A few of the many locations and wineries participants will have the opportunity to explore are: Firrato in Verzella, Azienda Agricola Tornatore in Pietramarino, Tenuta di Fessina in Rovittello, Patria and Conte Uvaggio in Solicchiata and Planeta in Passopisciaro.

This extraordinary tour of Etna and its wines aboard Il Treno dei Vini dell’Etna is a unique opportunity to explore the riches of a corner of Sicily often unseen. Winding along the scenic routes with views of the sea and sloping hillside towns, the ride brings visitors closer to this land where fire meets sea, where one glass of wine can share with us the history and wonder of the soil which produced it.

All Aboard for a Tour of Etna’s Best Wines

Mercato Metropolitano will open in London