The famous historic Italian city of Bologna has welcomed a new and acclaimed restaurant to its medieval streets, Fourghetti by the chef Bruno Barbieri well-known as one of the country’s top chefs and judge on Master Chef Italy.

The name of the restaurant comes from the concept of “four” “spaghetti,” a neologism which highlights the good home cooking which is at the heart of this project. In fact many of the delicacies served up from the kitchen are based on the rich history of Bologna’s best dishes. Yet, at Fourghetti don’t expect just any simplistic Italian dish you could eat anywhere. Barbieri’s international experience and time as chef on cruise liners find there way into his recipes. Touches of flavors from all over the Mediterranean and influences of Arabic cuisine give these dishes exceptional flare and sophistication. 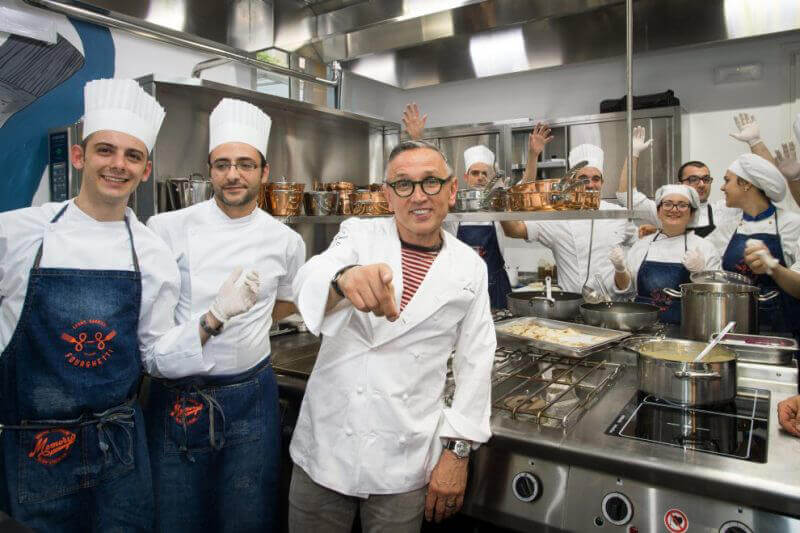 The menu at Fourghetti is a reflection of a great local culinary tradition with notes of international fancy. Here diners can enjoy a delicious melon smoothie with burrata and minced Fiocco, or meat skewers with braised vegetables and a sweet and sour chutney. Anther of the restaurant’s delights are its savory bowls filled with potatoes, figs, leaks, sun dried tomatoes, goat cheese and turnips drizzled with sesame oil. 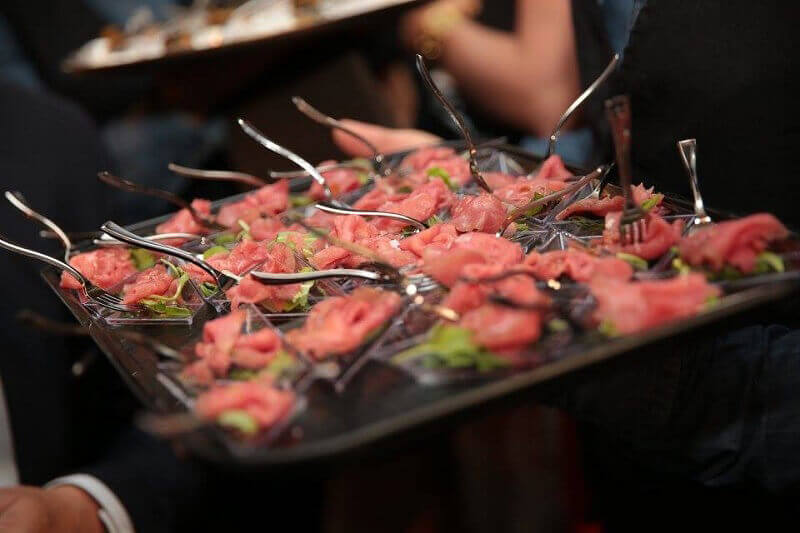 The menu at Fourghetti continues on with choices that include: broth infused with garlic, rosemary and finely chopped herbs served with roasted squid; a mixture of delicate white fish with a pistachio pesto scented with spiced taralli; pasta in a seafood sauce with mantis shrimp and turmeric; or ricotta and parsley tortellini with hazelnut butter, browned scallions and fresh black pepper. 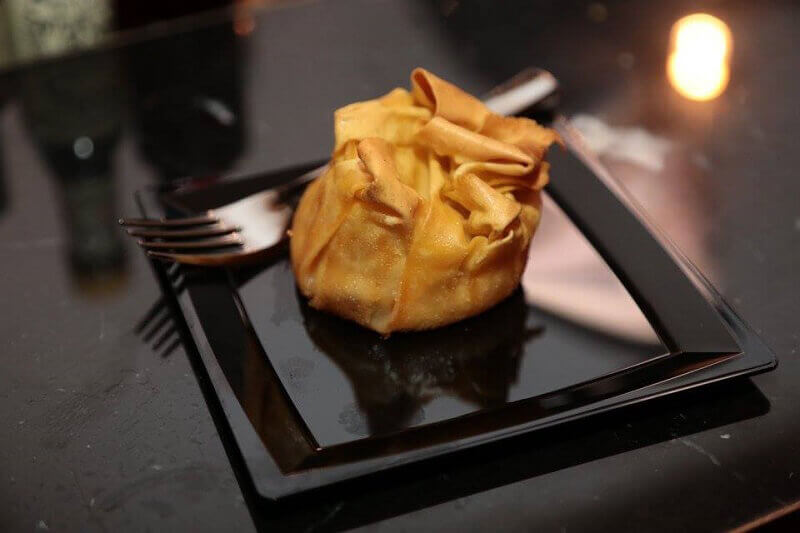 Here there is no shortage of amazing dishes to choose from. Tuck into the house specialties such as the yellow pasta with a sauté of peas, ham, parmigiano and caramelized onion, or fresh spaghetti alla chitarra with shellfish and crunchy vegetables with scallion oil. Top on the list is also the local favorite Tagiatelle Bolognese and other meat creations like a lamb bonbon with stewed eggplants and harissa, or chicken served alla diavola with a salad of peppers and eggplants in a light tomato-based dressing. Other excellent choices are the guazzetto made with capers, olives and small dates, the sweet and sour char-grilled beef, and the potatoes in foil with sardines and octopus. 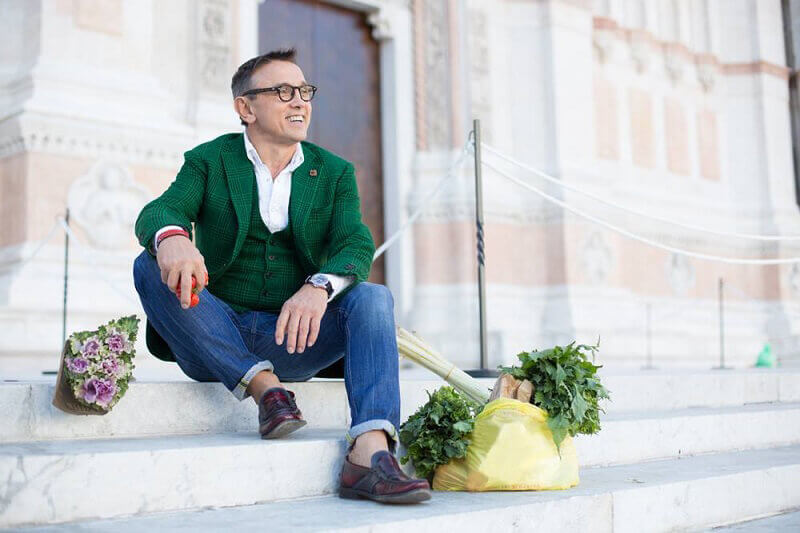 The dessert menu is equally as rich and intriguing as are the small bites from the menu at the Bar Bieri. A meal at Fourghetti, which is open for lunch until three o’clock and for dinner until eleven, runs about €60 per person excluding wines. Reservations are welcomed. Besides its restaurant, the location also offers five rooms for private functions all of which are carefully appointed according to the designs of Architect Davide Fabio Colaci.

For Barbieri, Bologna’s Fourghetti is just the beginning of a series of projects set to launch outside of Italy next year first in Miami and then in Hong Kong.

Italy’s Holiday Tourism by the Numbers

Papo Kitchen & Fish: The Taste of the Sea in the Center of Turin

Portrait Milano: An Experiential Concept in the Heart of the Quadrilatero