With three Michelin stars, Heinz Beck is an international star in the world of cooking, one of the top chefs in the world and an ambassador of the true meaning of culinary excellence. Born in Germany, Beck has been in Italy for over 20 years where he presides over his restaurant Ristorante La Pergola located at the Hotel Rome Cavalieri in the country’s capital.

Outgoing and dynamic, Heinz Beck brings together his love for cooking with that of organizing unique and memorable food festivals, events where culinary experimentation and full on creativity steal the show. One of his festivals is the Heinz Beck Food Festival called Follow the Stars which he organizes on the beautiful Italian island of Sardegna in Poltu Quatu twice during the summer. This year’s events were held in the end of June and middle of July, both highlighting the remarkable results of merging together the techniques and flavors of street food and haute cuisine, events where top rated chefs prepare culinary delights. Cucine d’Italia sat down for a chat with Heinz Beck to talk about the burgeoning success of what is known in Italian as ‘cucina di strada’, street food. Here’s what he had to say. 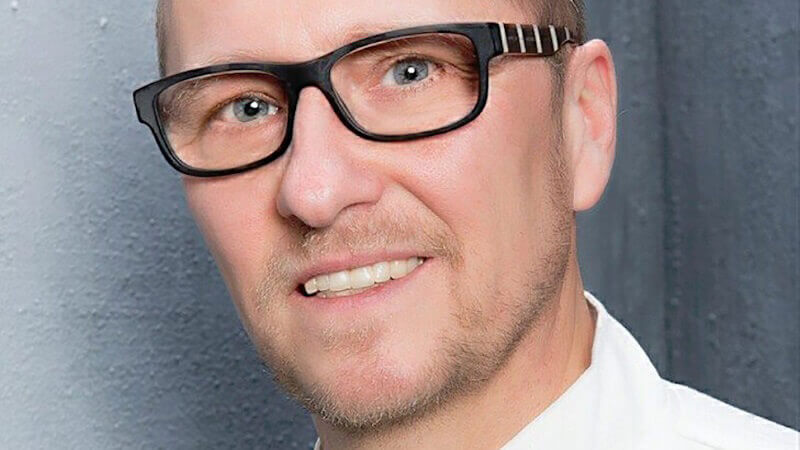 How did you get the idea for the Heinz Beck Food Festival in Poltu Quatu and what was the public’s response?

I was contacted to come up with an idea for a food festival in Sardegna and our choice fell upon Poltu Quatu. It was a great success with the public and all of the chefs who participated were enthusiastic about how it was organized and with its success. We made something that was really beautiful. The goal of the event was to draw international attention to the island of Sardegna, and that’s why we recruited chefs not only from Italy but from around the world, all of them highly honored chefs.

Then the slogan Follow the Stars wasn’t just a random idea, was it?

Exactly and the feedback was absolutely positive. The quality of the festival was tops and we used a formula which I very much wanted to implement. Usually at these type of events chefs prepare one or two different menus, one for the day and the other for the evening, destined for a small number of participants ranging from about 70-80 people each evening for a total of about 160 people. Instead, for this occasion I decided on a more ‘casual’ and direct approach for the first day, in this way opening up the event to many people who normally wouldn’t have been able to participate simply because a single gala dinner wouldn’t allow for it. Then on the second day we returned to the traditional organizational style for those who prefer to enjoy food festivals this way. There was a sit-down dinner where all of the chefs prepared a dish, and this allowed us to give everybody what they wanted.

So, the event was a way to bring haute cuisine to a larger slice of the public through the concept of street food. In your opinion, what are the unifying factors that bring together food made to be eaten in the streets and the food consumed in an award winning restaurant?

It’s the quality of the food that unites the two. We proved that you can offer the highest quality food even when cooking for a large number of people. This was the really important thing. The only true difficulty stood in choosing the right foods to prepare that would allow us to guarantee the best quality in every dish served. I must say that the chefs did a very good job of choosing dishes which could be prepared in small work spaces yet destined for a large number of people. That is where you could really see how professional these chefs were.

Have you got a particular dish that you feel is the most easily adapted to street food style or do you think that there are a number of different recipes that can be used in this way?

Recipes need to be specifically created to give the diner an emotion. No matter what style, every dish has to be prepared perfectly, because quality is never something that can be sacrificed. The food has to have full flavors, be good and be fascinating to the eye. I have to say that together we were able to do a very good job. 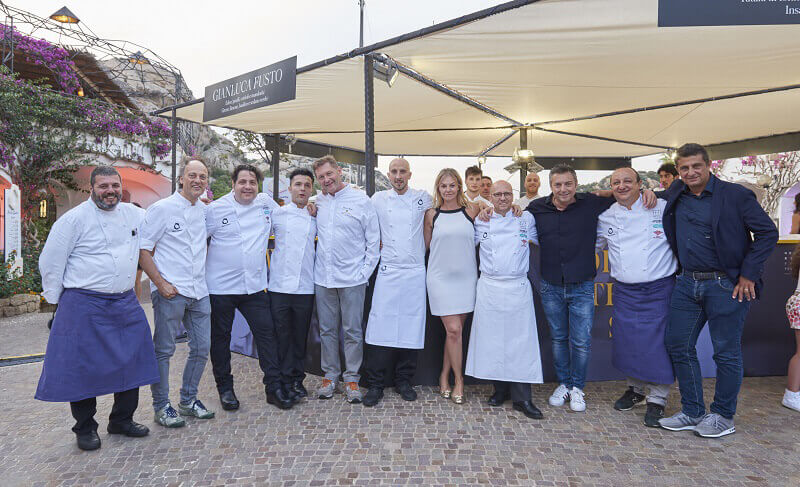 So there was great synergy between the chefs?

Yes, synergy is fundamental. Each chef has their own assistant too, therefore there was a large number of people working in the kitchen. There absolutely must be a synergy where everyone is helping everyone else all working within a structure that is capable of meeting everyone’s needs and giving them the support they require.

Is there anyone with whom you found you had the most in common?

To tell you the truth, we all got along very well. The chefs who took part in the Heinz Beck Food Festival are truly wonderful people. Two of the chefs from the second event, Paolo Casagrande and Jacob Jan Boerma, will also be participating in the Gourmet Culinary Extravaganza, a food festival that I’m organizing in Algarve that will take place from October 29th– 31st. This goes to show the great results that have come out of the festival in Poltu Quatu, otherwise they wouldn’t have asked to be part of another of these events just three months after.

Will the food festival in Algarve be organized in the same way as the one in Poltu Quatu?

No, the concept will be a bit different. It will last three days with both small and large dinners. One evening will be dedicated to a big festival organized in the hotel parking lot that has been decorated by the best graffiti artists in the world. The area will be divided into two sections: the first with cocktails and finger food with live cooking stations, while the other will have the gala dinner which includes a four course meal. Later in the evening, the section used for the cocktails will be transformed into a Viennese cafe where people can go to enjoy some desserts.

It will by a lively event just like in Poltu Quatu but with a different concept at its base. I really like organizing these events. They’re a chance to demonstrate that being a chef is more than just cooking; it means being able to express your own flair and make the most of your personal creativity. 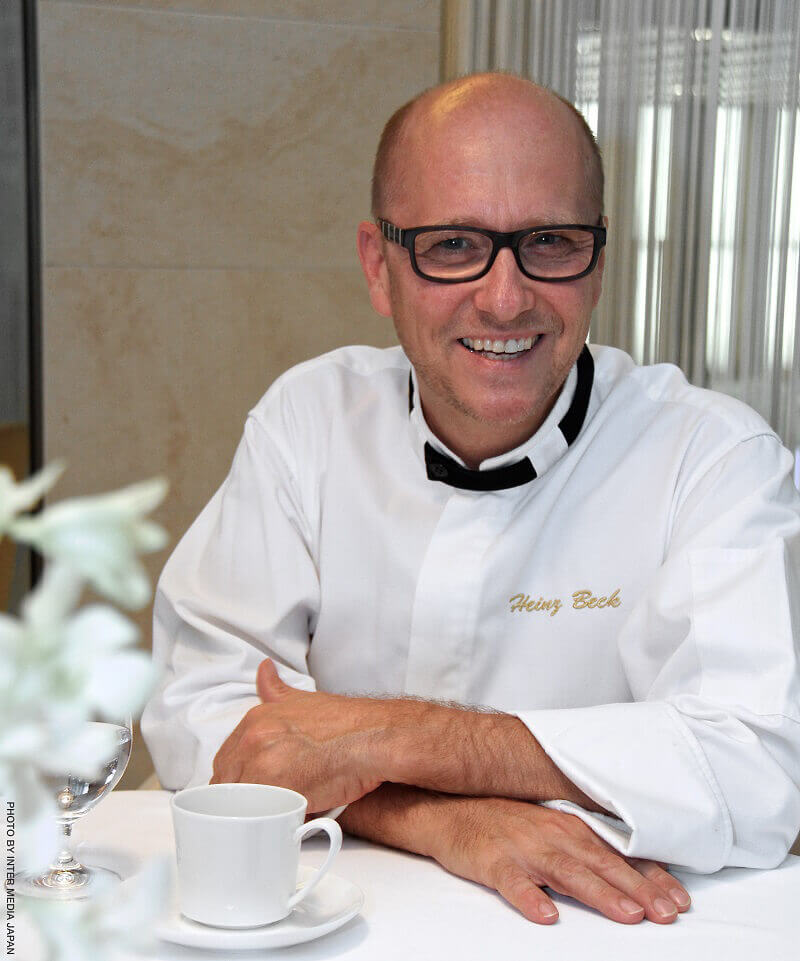 And you’ve demonstrated this during the course of your long career. Is there any particular memory connected to your work that stands out to you as something especially beautiful that you could tell us about?

I’ve been a chef for 35 years, it’s a long road full of memories. I’m always looking to renew myself with new stories, ideas and dishes. This is what drives my enthusiasm every day. I also have the fortune of being able to work with a team of young and talented professionals who have a desire to grow and evolve. So, its a continual team effort to find a way to always have something new to tell the world.

You’ve been living in Italy for the past 23 years, but is there anything from your home country that you try to bring to your style of cooking?

Honestly, I’ve never thought about it. I think of my cooking style as light, scented with flavors of the Mediterranean, greatly inspired by Italian traditions. I think that there are actually two types of dishes: one that’s cooked well and another that isn’t, regardless of where the inspiration for the dishes comes from.

Bogen, the Flower Bistro in Bolzano