Italy, land of unmistakable beauty and never-ending flavors, travel here – explore. Head south. Reach Puglia. Open your eyes to the centuries-old landscape of the region that occupies the heel of the Italian peninsula. Gaze on the miles of olive groves and white-washed facades, on the tiny winding country roads and private courtyards, on the conical trulli houses and on the hills dotted with the rounded tops of basilicas. Drive further south. Take in the stupendous coastline and rural farmlands, the scattering of gray stone walls and sun-drenched vineyards, the ancient churches and medieval towns. Puglia is at the heart of Italian culture with ancient origins dating back to the 8th century BC when the area was known as the Magna Grecia.

Today the region is admired for its tourist attractions, food, wine and for its extra virgin olive oil. Here olive oil is the area’s liquid gold. The culture of growing olives and the production of oil goes back to the first Phoenician navigators who reached its shores and then to the Greeks and Romans who both dramatically increased the production of olives in the region and created what can be referred to as a truly viable economic activity of the times. 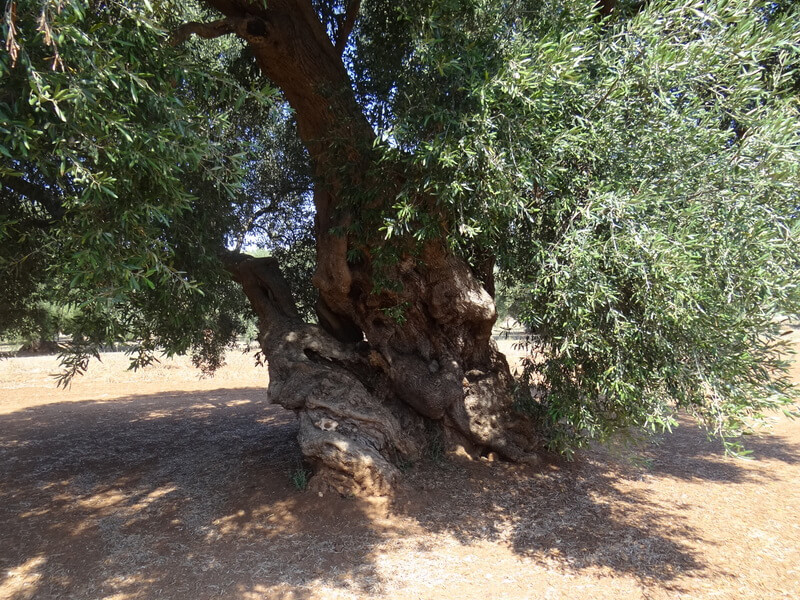 The great expanses of olive groves found in Puglia are marked by trees with massive roots, large twisted trunks and dense foliage. The old gnarled trees are an intrinsic part of the region’s history and their fruit contribute to many of the best dishes in local traditional cuisine. After the Romans the cultivation of olives and olive oil from Puglia peeked again during the Middle Ages and the Renaissance when the export of Puglian produced olive oil reached most of the European continent and all the way to lands of the Ottoman Empire. 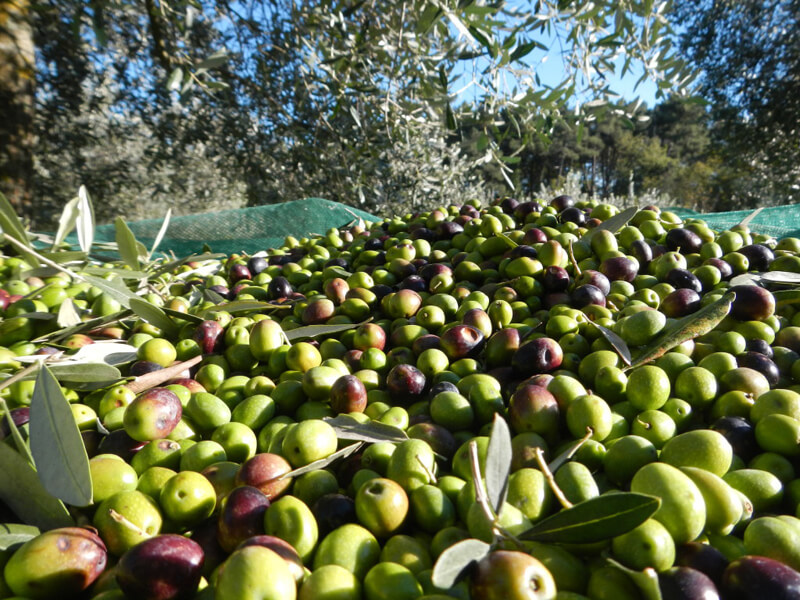 In a country known for its excellent olive oils, Puglia finds itself at the top accounting for more than 40% of the oil produced in Italy every year. Though olive farms and mills are found all over the region, the areas of Foggia, Bari and Salento have the highest number of groves, and Bari actually ranks as the area with the greatest number of olive trees cultivated in all of Europe. Considering the fact that in Puglia alone there are around 885 active olive farms and that about 267,000 people work in the industry, it comes as little surprise that extra virgin olive oil is in fact referred to as liquid gold in this area. It produces more extra virgin olive oil than any other region in Italy, ahead of its neighboring region of Calabria.

Olive oils from Puglia possess a gorgeous yellow or green color depending on which type of olives were used to make them. The olive trees grown in the region vary from one area to the next as the geography of the landscape changes. Around Bari several types of olive trees dominate, including the coratina, ogliarola, provenzale, rotondella, gentile and garganica. Traveling further south towards Salento different varieties of olive trees become more prominent such as the cellina di Nardò and the saracena. Whereas the fertile lands around the baroque city of Lecce are home to yet other types of olive trees.

The flavor of these top quality oils is hearty and full-on. Made from only fresh picked olives, this extra virgin oil leaves an almost prickly feeling at the back of the throat, a good sign because it indicates high levels of polyphenols, the antioxidants which make for the beneficial health qualities of olive oil.

When choosing an extra virgin olive oil from Puglia it’s hard to go wrong. Keep your eyes open for a few notable names such as Dauno, Terra di Bari, Collina di Brindisi, Terra d’Otranto and Terre Tarantine, all of which display the label Denominazioni di Origine Protetta which certify that the product was entirely grown and produced in a particular location.

Sol&Agrifood 2023 Welcomes the World of Cider