Icon of Style with a Modular Soul

A modular bookcase born from an iconic project designed by designer Pierre Paulin: Elysée by Magis.

The brand, known for creating products that are as highly aesthetic as they are functional, presents the Elysée shelving system – a bookshelf that can be stacked and joined to fit the space and lifestyle of its environment.

The concept of this bookshelf lies with the late famous designer Pierre Paulin who was commissioned in 1971 to fit areas within the private apartments of President Pompidou at the Elysée Palace. Here, Paulin created the concept for a smoked methacrylate shelving system. Paulin’s work in the apartments changed the French design scene at the time, imbuing it with a fresh, new air. 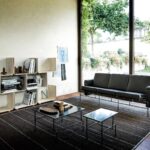 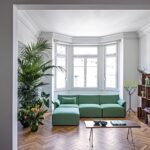 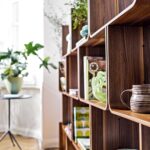 The line of accessories includes a bookcase that will constitute, thirty years later, the starting point for the project of the modular bookcase Elysée, developed by the designer together with Magis, thanks to the fruitful collaboration began in 2001 and that gave rise to the Flower armchair and, indeed, to Elysée.

With a background in stone sculpture and clay modeling, Pierre Paulin (1927-2009) made his debut in the world of design in the 1950s, soon becoming known for his iconic and innovative projects. He is one of the few designers in the world who – from the 1950s to today – has never stopped being a true icon of modernity.

Elysée is a bookcase based on stackable and stackable modules, which can be combined together in infinite ways, creating elegant silhouettes. Available in natural maple plywood and in the two new finishes American walnut plywood and lacquered oak plywood (black or red). With its refined appearance, Elysée offers a practical solution for storing books and magazines, but it is also a display for decorative objects that give personality to the home.

Icon of Style with a Modular Soul